A Complete Guide to Alcohol Addiction 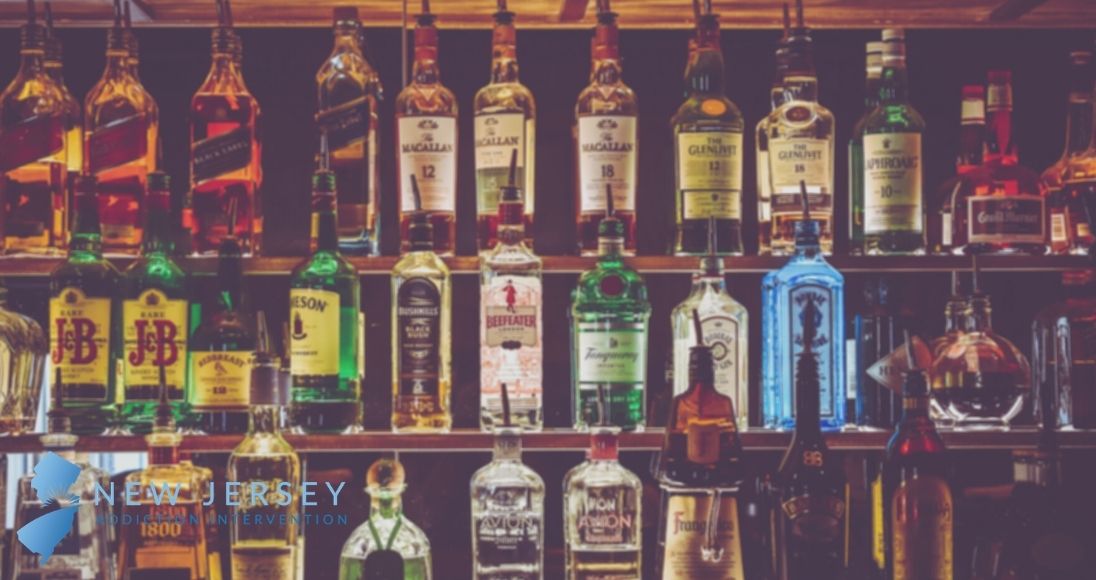 A Complete Guide to Alcohol Addiction

Alcohol is one of the most addictive substances because it changes the way the brain perceives emotions, reacts to situations, and functions without alcohol in the body. As a result, treatment for alcohol addiction must consist of medical detox, behavioral therapy, and peer support. Despite being a socially acceptable activity, heavy drinking is a contributing factor towards accidental injury, health problems, and chemical dependency. When left untreated, alcoholism can result in severe and even life-threatening consequences.

According to the National Institute on Alcohol Abuse and Alcoholism (NIAAA), nearly 88,000 people die from alcohol-related causes each year, which means it is the third leading cause of preventable death in America. Still, 86.3% of people, ages 18 and older, report that they have drunk alcohol at some point in life while nearly 55.3% said they drank in the last month. Despite the potentially dangerous side effects of alcohol abuse, the substance is misused by millions every year.[1]

What is Alcohol? Everything You Need To Know

Alcohol is an intoxicating yet legal, controlled substance that is known for producing a variety of effects, ranging from lowering inhibitions and anxiety to causing slurred speed and poor coordination. When consumed, alcohol triggers the release of certain chemicals in the brain that enhance feelings of pleasure and relaxation.

The beverage is made through the process of fermenting grains, fruit, or other products to produce ethanol. Ethanol is a depressant that decreases brain function leading to the common signs of alcohol intoxication that most people are familiar with. Also known as ethyl alcohol, ethanol is the only type of alcohol that people can consume. Other types of alcohol that are highly toxic to the human body are isopropyl alcohol and methyl alcohol.

Ethyl alcohol, better known as the alcoholic beverages you can purchase that the liquor store, comes in several forms, including:

Understanding the different types of alcoholic beverages is important because each beverage varies significantly and impacts how drinks are made and how much is safe to drink. For example, five ounces of wine may be considered one standard drink, while twelve ounces of beer is also a standard drink. Even though the drinks have different volumes, they contain the same amount of alcohol. 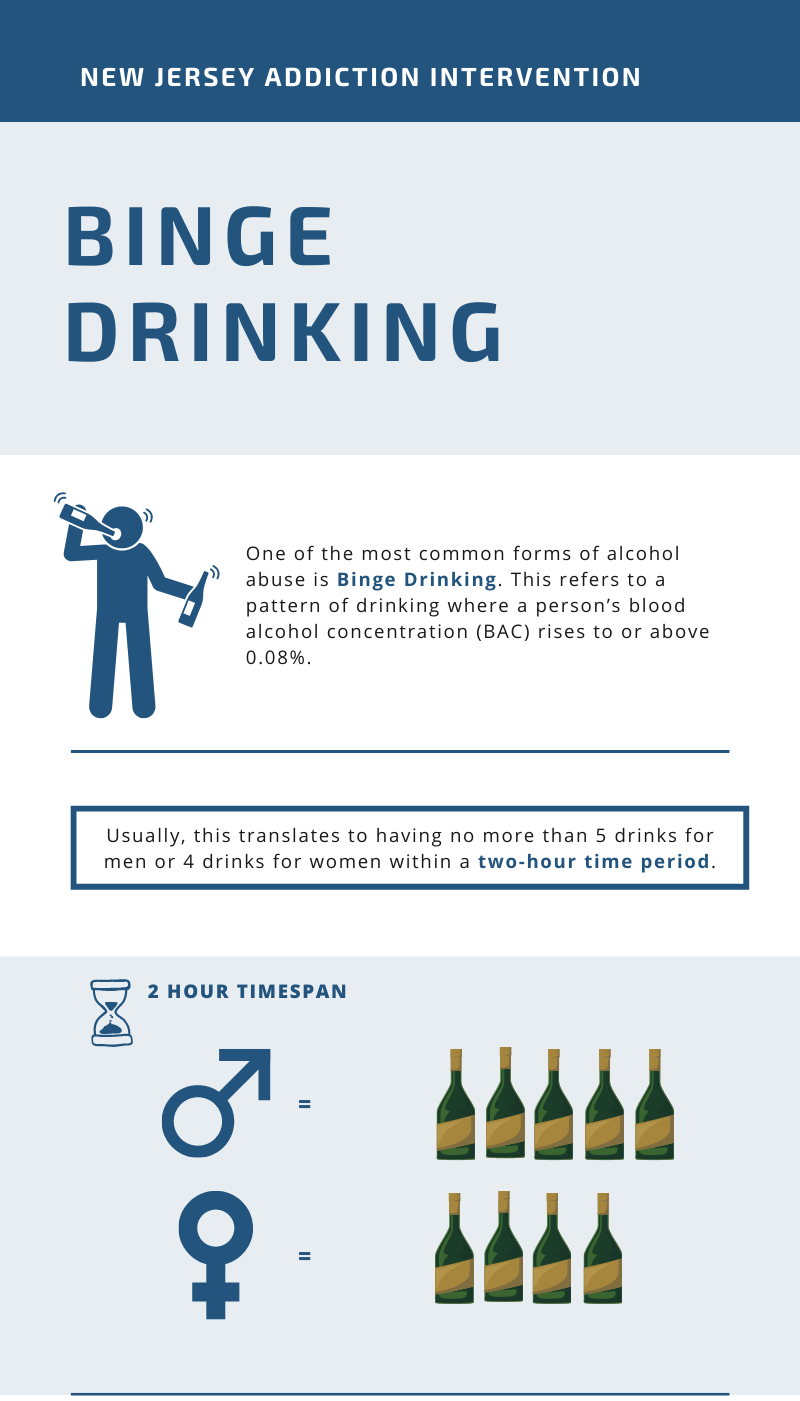 Binge drinking highly increases the risk of developing alcoholism or facing severe consequences. For example, this dangerous pattern of drinking is linked to the following:[2]

How People Get Addicted to Alcohol

While it is true that not everyone who drinks has a problem with alcohol, it is also true that some people are more susceptible to alcohol abuse and addiction than others. In fact, there are several environmental, social, and genetic factors that make some people more susceptible to alcoholism. For example, children of alcoholic parents are 50-60% more likely to develop an AUD later in life. This suggests that there is a strong genetic factor behind alcoholism.[3]

Other underlying causes and conditions that increase a person’s risk of becoming addicted to alcohol include:

Ultimately, anyone who abuses alcohol long enough may become addicted to it. However, individuals who have these risk factors may be more vulnerable to the side effects of alcohol, therefore, more prone to alcohol abuse.

Like any other addictive substance, alcohol abuse has the ability to change brain chemistry over time. Since alcohol produces an excess of endorphins, chemicals responsible for pleasure and reward, people feel happy, sociable, and relaxed when they drink. However, when the effects of alcohol wear off, so do these euphoric feelings. If a person continues to drink, chase these effects, or use alcohol in excess, he or she may begin having to drink more to achieve the same effects. This is known as tolerance. In other words, the mind and body adjust to having a certain level of alcohol in the system, so people need to consume more alcohol to feel drunk.

Once people develop tolerance, physical dependence usually comes shortly thereafter. As alcohol abuse continues and the brain and the body become more and more accustomed to the heightened levels of endorphins produced, the body becomes dependent. Physical dependence occurs when a person’s brain and body deem it necessary to have alcohol in order to function normally. As a result, people who have alcohol dependence and stop drinking experience alcohol withdrawal symptoms.

Alcohol Use Disorder: Signs and Symptoms

Although there is no formal medical diagnosis for “alcohol addiction,” doctors and psychologists may make a diagnosis of alcohol use disorder (AUD). AUD helps diagnose and describe the severity of a drinking problem based on a set of criteria outlined in the fifth edition of the American Psychiatric Association’s Diagnostic and Statistical Manual of Mental Disorders (DSM-V). These criteria include:[4]

If a person experiences 2-3 of the above-listed symptoms within a 12-month period, he or she is said to have a mild alcohol use disorder. Similarly, 4-5 symptoms indicate a moderate AUD, and 6 or more indicate a severe AUD.

Approximately 14.4 million adults in the United States struggle with alcohol use disorder. Similarly, approximately 401,000 youth, ages 12 to 17, also have an alcohol use disorder. Statistics show that although AUD is more common in female youth than male youth, rates of AUD in adults are higher in men than they are in women.[1] Unfortunately, less than 10% of the people struggling with alcoholism actually seek professional help.

Alcohol addiction doesn’t necessarily have to be diagnosed by a doctor. After all, many people are able to spot a drinking problem without a professional opinion. Plus, no addiction treatment center is going to turn you away because “your drinking isn’t bad enough.” Instead, they will welcome you with open arms and have no other interest than helping you improve your health. Common signs and symptoms of alcoholism include:

If you or a loved one have a problem with alcohol, it’s time to contact a dedicated treatment provider today.

Get Help for Alcohol Addiction Today

Whether this is your first time getting help or, hopefully, your last, New Jersey Interventions is here to help. Dedicated to connecting you with the top drug and alcohol treatment providers in the nation, our experts are only a phone call away. Don’t let drinking steal another day. Pick up the phone and contact us today to get started on a better way of life.