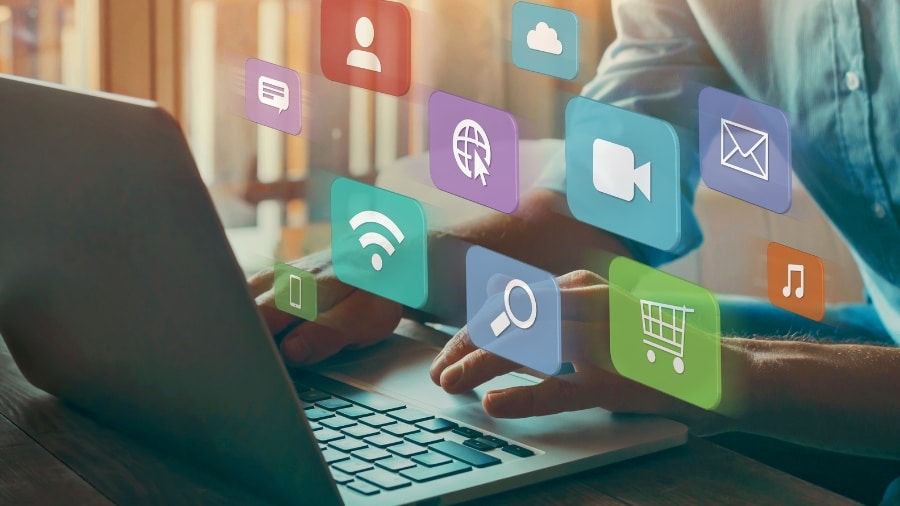 The drugs that are available online include all types of narcotics and their categories. The recent increase in drug dealers going digital is also heightening the risk for fentanyl-laced drugs. Fentanyl is a powerful opioid 100 times more potent than morphine and fifty times more lethal than heroin.

The drugs that are dealt on the internet are often laced with Fentanyl. Buying drugs online is as dangerous as buying them from the local score spot. Drugs sold online include:

Drug overdoses are now the leading cause of preventable death among people ages 18 to 45, ahead of suicide, traffic accidents, and gun violence. (CDC)

When someone looks online for a drug they can’t find on the street, they would Google it. But now, they can log into social media apps or dating apps to see a potential dealer selling drugs. It used to be that people would go online for less police contact or just to be more discreet.

However, in the digital age of instant everything, it has become a way of life for drug addicts and drug dealers. The Apps that most drug dealers frequent include tik Tok, Snapchat, Instagram, Facebook, Twitter, and YouTube. Dating apps include Tinder and others, but the most prevalent drug-dealing dating app is the LGBTQ dating app Grindr.

How is a Drug Deal Made Online?

The drug dealers advertise with emojis indicating they have drugs that people recognize through the specified emoji. Some emojis are obvious, as in cocaine. The emoji is a snowflake since slang for cocaine has always been powder or snow.

Once a person logs onto a social media app or dating app and spots a post with emojis and inferences about what that poster offers, the person buying then direct messages the poster. Once they have communicated, it is believed that most people Venmo, PayPal, or Zelle the money to the dealer’s account. The drugs are either mailed or delivered.

What Are the Risks Of Buying Drugs Online?

Looking to buy drugs online puts a person at risk of getting ripped off. Since the digital money transaction is for illegal drugs, no one will complain or get the police involved if the product never arrives. Still, the more deadly risk of buying drugs online is Fentanyl laced drugs. The NY times wrote about how a young man died from purchasing his drugs online via an app.

Law enforcement authorities say an alarming portion of [fatal drug overdoses] unfolded the same way as his: from counterfeit pills tainted with Fentanyl that teenagers and young adults bought over social media. Today’s suppliers have embraced modern iterations — social media and messaging apps with privacy features such as encrypted or disappearing messages. Dealers and young buyers usually spot each other on social media and then often proceed by directly messaging each other. (NY Times, 2022)

How Do I Help Someone Buying Drugs Online?

The only way to help a loved one who is buying drugs on a social media site or dating app is to provide them with same-day entry to an evidence-based rehab program. The programs we endorse now offer over-the-phone admission, and all patients are seen immediately by the medical staff.

Most people buying drugs online are self-medicating, and the programs we help get someone into providing MAT therapies or medication-assisted treatments for various addictions. Treatment helps people desire not to use drugs because they heal what’s bothering them and prevent them from enjoying life clean and sober. Let us help you today.

0 replies on “How Do Drug Dealers Make Money Online?”