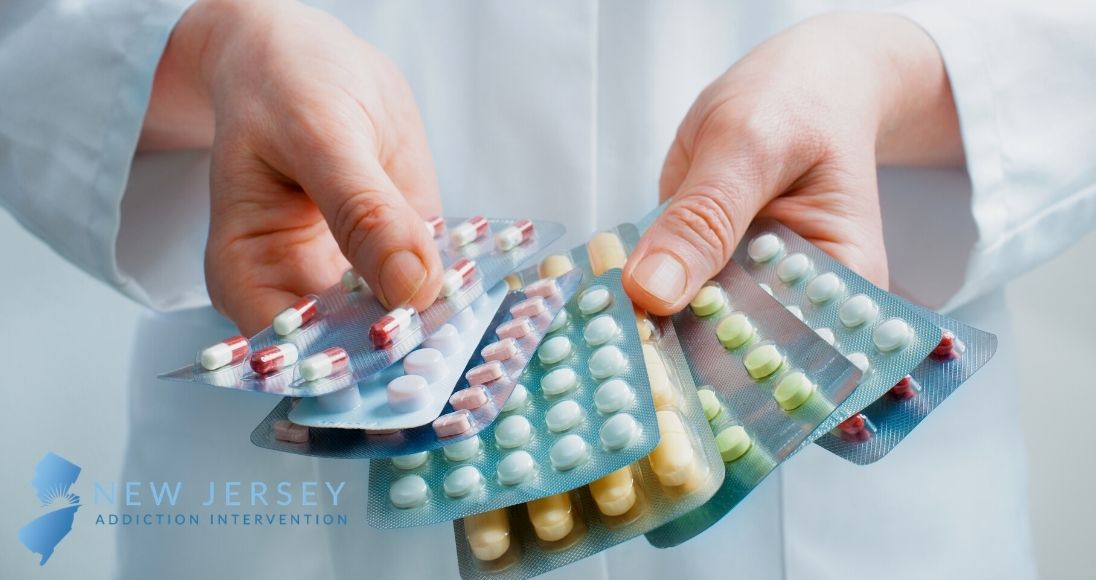 Ritalin withdrawal is usually not a concern for individuals who take therapeutic doses of the drug as prescribed by a doctor. Ritalin, also known as methylphenidate, is most commonly prescribed to treat attention deficit hyperactivity disorder (ADHD). In some cases, this drug may also be prescribed for the treatment of narcolepsy. When used medicinally, this drug is known to be extremely beneficial for the treatment of ADHD and narcolepsy.

However, some individuals consume Ritalin in higher doses than they are prescribed, or without having a prescription at all. This is known as Ritalin abuse, as it is taken recreationally to create increased attention and alertness. Sometimes, individuals who abuse Ritalin snort the drug to achieve a quicker and more intense high. Unfortunately, individuals who illicitly abuse this drug are at risk of developing withdrawal symptoms once they cease use.

Let’s take a look at the signs, symptoms, and detox process of Ritalin withdrawal.

Ritalin withdrawal may last for anywhere from a few days, to several weeks. There are many symptoms of withdrawal associated with Ritalin, however, different people will experience varying combinations of symptoms.

The most common symptoms of stimulant withdrawal include:[1]

Symptoms of withdrawal may vary depending on individual physiology, the frequency of Ritalin abuse, and the dosage amount that was usually consumed. If you or a loved one have experienced the symptoms of Ritalin withdrawal, you should contact a medical professional immediately. Withdrawal is not something an individual should undergo without medical addiction treatment and detoxification.

A common question regarding Ritalin withdrawal is how long it will last. Physical symptoms of the withdrawal from this drug commonly remain for 1-3 weeks, depending on the severity and frequency of the abuse of Ritalin.

In the first couple of days, withdrawal symptoms, such as fatigue, nausea, mood changes including agitation, and cravings may occur. In the longer phase of Ritalin withdrawal, depression, severe fatigue, and anxiety may start to form, as well as disturbed sleep and increased appetite. Usually, by the fourth week, the symptoms of withdrawal will subside. 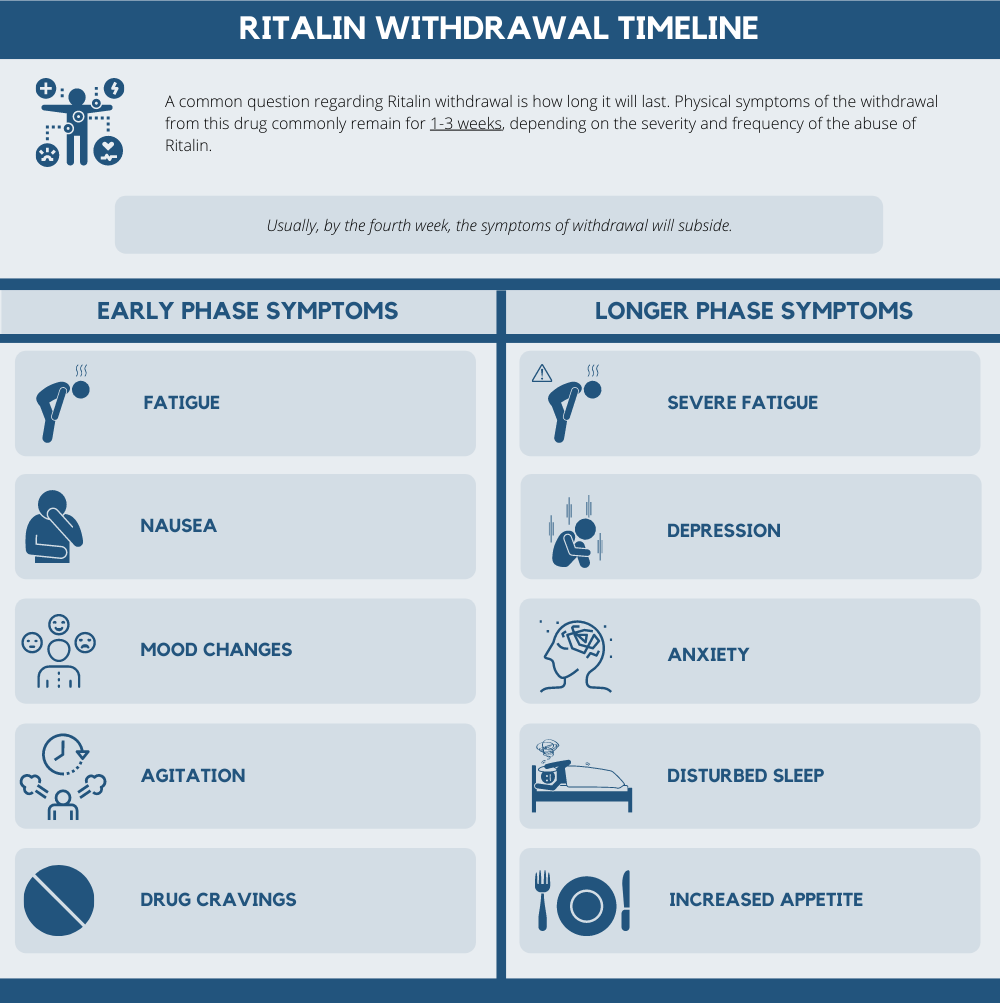 The Causes of Withdrawal

Ritalin is often abused by students who are attempting to improve their grades, athletes trying to enhance their performance, or those who want to stay awake, avoid sleep, or achieve a high. Individuals may binge on the drug for several hours to days at a time, or engage in chronic and daily use.

Abusing Ritalin may cause the development of a tolerance, which means that a person requires increasingly higher doses of Ritalin to achieve the same effects they experienced at lower doses. This form of repeated, regular use, unfortunately, leads to physical dependence and addiction. People who heavily abuse Ritalin and those who abuse the substance intravenously are more likely to become dependent.[2]

Consequently, individuals who become dependent on Ritalin or chronically abuse this substance often experience withdrawal symptoms when they suddenly stop consuming the drug.

While Ritalin withdrawal is not life-threatening, the effects of withdrawal may be physically and psychologically uncomfortable. As a result, individuals may relapse to ease their symptoms. Lastly, people may experience depression and suicidal thoughts when withdrawing from Ritalin. Because of this, it is necessary to attend professional drug detox in New Jersey when ending your Ritalin use.

It is important to note that recovery does not stop at detoxification. Oftentimes, the presence of withdrawal symptoms indicates a more concerning problem with Ritalin abuse that goes beyond occasional, recreational use. Seeking ongoing treatment will decrease the risk of relapse and prevent an individual from experiencing addiction consequences of Ritalin abuse.

Common treatments for Ritalin abuse or addiction in New Jersey include:

In the above-mentioned programs, individuals with Ritalin use disorder will receive varying levels of care that include a variety of treatment modalities. Most notably, these programs include medical treatment for underlying conditions, detoxification from Ritalin, management of Ritalin withdrawal symptoms, individual therapy, group counseling, and aftercare support.

Therapies utilized in Ritalin addiction treatment may include:[3]