Home » Blogs » What is Meth Detox Like in New Jersey? 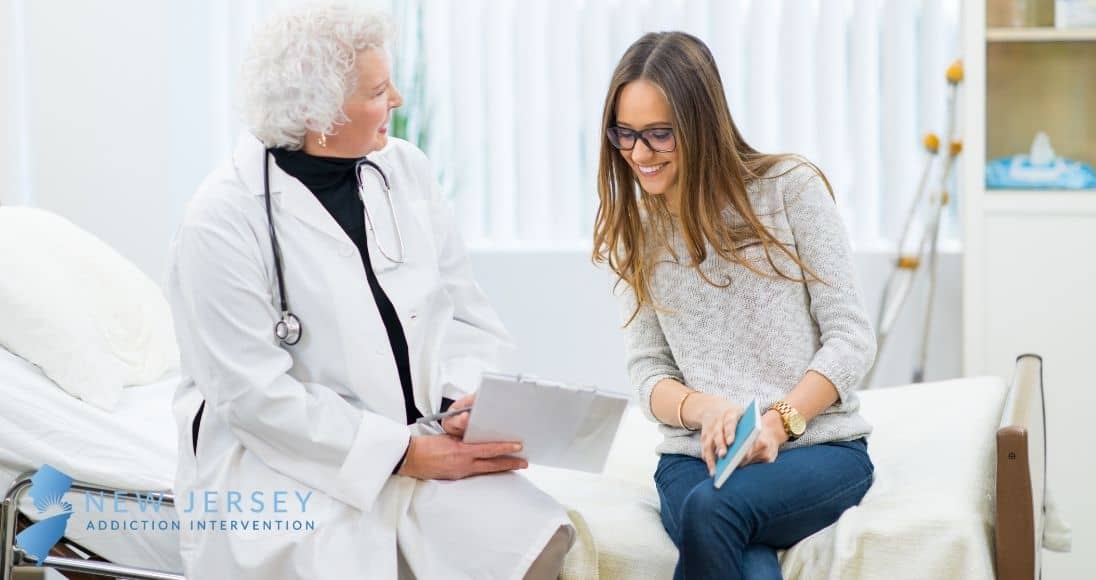 Methamphetamine is a synthetic stimulant drug that is highly addictive and known to cause an array of adverse health reactions. The National Institute on Drug Abuse explains that methamphetamine is more potent than amphetamine drugs because more of the substance gets into the brain. Additionally, meth is known to cause long-lasting adverse effects on the central nervous system.[1]

According to the National Institute on Drug Abuse, “Among people aged 12 or older in 2020, 0.9% (or about 2.6 million people) reported using methamphetamine in the past 12 months.”[2]

When an individual uses meth, they can become addicted to the substance very quickly. Addiction to meth causes individuals to become psychologically and physically dependent on the drug. Because of this, symptoms of withdrawal will occur if an individual cuts down on or stops using methamphetamine.

Meth withdrawal must be treated by a professional detox program. Individuals who abuse methamphetamine should be aware of what to expect during a meth detox program in New Jersey.

The Symptoms of Meth Withdrawal

While meth withdrawal is not known to be life-threatening like alcohol or benzodiazepine withdrawal, the symptoms can be extremely distressing. This is why individuals are instructed to attend a professional detox program instead of attempting to detox at home.

The symptoms of meth withdrawal include:

While meth withdrawal is not directly life-threatening, detoxing at home can cause seemingly typical symptoms to become extremely dangerous. For example, the vomiting can cause symptoms of dehydration to worsen, becoming nearly fatal without the administration of IV fluids. Due to situations like these, individuals experiencing meth withdrawal symptoms should attend a medical detox program as soon as possible.

How Long Does Meth Detox Take?

How long it takes an individual to overcome their withdrawal symptoms depends on a variety of factors. However, most users experience symptoms for 10 to 20 days.

The intense stage of meth withdrawal is referred to as “crashing”. This means that the individuals go from extremely energized to extremely fatigued. Additionally, they may experience extreme psychological symptoms of hallucinations, delusions, paranoia, irritability, and depression.

The crash stage of meth withdrawal usually begins 1 to 3 days after an individual stops using meth. This can persist for 3 to 5 days, requiring patients to be given medications to soothe their severe symptoms.

After a week or two, the symptoms of meth withdrawal begin to improve. However, some symptoms such as meth cravings and depression may persist for months at a time.

What to Expect During a Meth Detox Program in New Jersey

Individuals who are addicted to meth are often too afraid to quit using the substance due to the withdrawal symptoms they will face. Fortunately, attending a meth detox program in New Jersey would allow patients to overcome their withdrawal symptoms with ease.

While there is not an FDA-approved pharmacological treatment that lessens the withdrawal symptoms and cravings of methamphetamine, there are some medications that can help.

For starters, a non-amphetamine stimulant known as modafinil can help symptoms such as sleep, cognitive impairments, and cravings. According to the National Library of Medicine, “Because of its weak stimulant properties, modafinil has been cited as a putative treatment to decrease stimulant drug-seeking and craving.”[3]

Other medications that are used during a medical detox program for methamphetamine withdrawal include:[3]

While patients are recovering from the withdrawal symptoms of meth, they can experience high blood pressure or other conditions that affect their vital signs. Because of this, nurses and doctors will monitor each patient’s vital signs around the clock, ensuring their safety and health throughout their detox program.

The vital signs that nurses monitor during detox include:

Lastly, patients will have 24/7 access to mental health support during methamphetamine detox in New Jersey. This is extremely important when considering the intense psychological symptoms of meth withdrawal. Medical detox programs only hire the most experienced and qualified mental health professionals, from psychiatrists to psychologists and social workers.

Mental health support during detox could include individual counseling, group therapy sessions, 12-step meetings, and peer support. All of these services are received in the facility to ensure that patients remain safe and within a medical setting.

If you or a loved one suffer from an addiction to meth, it is time to consider attending a professional detox program. The mental symptoms of meth withdrawal can become severe and dangerous, requiring professional help from qualified doctors and psychiatrists. Because of this, attempting to detox at home is never recommended.

0 replies on “What is Meth Detox Like in New Jersey?”